Very, VERY late on the May merch, and not exactly on time for the June stuff either...but Anime Expo's done now (T-T), so I should be back in full operating order soon enough. :P 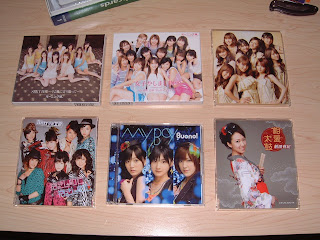 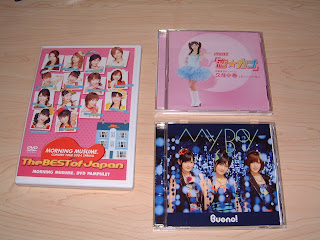 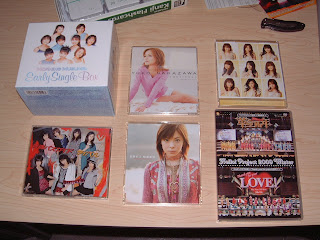 Quick Thoughts:
- Shouganai Yume Oibito is AMAZING, and 3,2,1 BREAKIN' OUT! somehow manages to be even better. Momusu is seriously rocking my world right now.
- Ai Ai Daiko is somehow one of the most intense songs in all of H!P...and it was released by freaking Maeda Yuki. XD Awesome.
- I got a really good deal on the Momusu Early Single Box...and with that, I only need 3 more CDs (one of which is already on the way, and another I'm bidding on right now XD) to complete Momusu's discography, not including the weird remix stuff or the early vinyl releases or anything like that.

I'm considering doing weekly or bi-weekly merch posts instead of monthly ones, and including more of my thoughts on the stuff I've bought as well. We shall see... :P